I love Disneyland but please, please stop using images like these. The reality is you queue up at certain points to see chosen character and some queues are over an hour; there are no chance meetings, random hugs etc it's not fair for kids to think this is what its like. 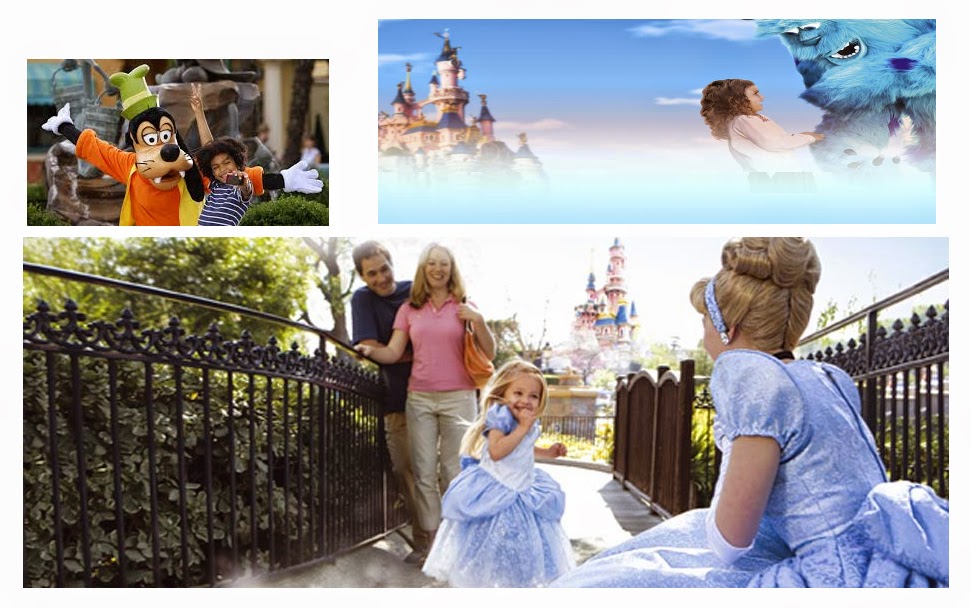 Two years ago I jabbered on about the first time we went to Disneyland Paris, how it lived up to the hype, the magic, the shimmers... blah blah blah well we've just come back from visit #3 not quite the same.

I won't lie this has nothing to do with the parks themselves this is to do with Disney Hotels. The thing is that 'Disney' should be the icing on the donut, no excuses they make enough money out of (mainly) kids and nostalgia and to staying in the land, staying in 'THE' hotel - the one at the park entrance, the one that looks like a sugar coated doll house, the one that costs an absolute fortune - that one.

When we went before we stayed in the Sequoia Lodge, lovely - 10 mins walk from the entrance and priced really well, next to a big lake, swimming pool, felt like you were in the cabin that the hunter that shot Bambi lived but still. We had no plans to go anywhere, well no money but decided that Toby really deserved it; he's been more like a stressed middle aged man and needed to start acting like a six year old so where better. Using his (ahem, yes his) savings we blew it all on less time, so only two nights staying at the Disneyland Hotel. What we imagined/were told/believed the hype was that you felt like a blinkin' Princess there, but after she met the Prince so you know - happy n all (birds changing the bed linen, mice doing the cleaning that sort of thing) no, not that sort of thing more characters in the hotel, stealing your breakfast, staff bending over backwards to make your child feel like they were special and not just one of billions and for this it costed £1000 more than the hotel we stayed in before.

The staff:
Disneyland Hotel: well they seemed to think that it was ok to ignore you while they jabbered on with their own conversation (3 times I got bored of being ignored in the end)
Sequoia Lodge: ok you had to wait a bit but crikey they were nice and helpful.

The lobby:
DH: yes, amazing - made you feel like you were in a very special place
SL: fine, trees, chip 'n' dale, Rockies sort of thing going - but not crazy special.

The room:
DH: I thought I'd gone into Secret Cinema version of some bad 80's film, you could take it for that in a bad/good way, but bathrooms that you thought a tramp had gone to first and showers that spray everywhere because they're rusty and loose - that ain't 5*.
SL: nice, fine - it was clean what I expected!

Toby said at breakfast "I thought this was a fancy hotel? this is just a hotel, fancy would be characters coming around like the picture shows (one in the lift that said characters at breakfast) I give this 2 and a half stars, I give the other hotel (SL) 4 stars." THAT'S FROM A 6 YEAR OLD! was he happy, no more than he would be at home at that point no.

So I decided to leave it, he was ok when we got to the park but he started saying how he thought the special hotel was meant to be better and he preferred the Sequoia, after a bad shower and staring at the mould in the bathroom I thought I'd sneak off and moan to reception. After being ignored - twice I was at simmering point thinking how much it was and that all we wanted was for Toby to have an artificially happy time at Disney. I finally got to speak to someone, the reaction was bluntly "this is a 5* hotel" - "no, it really isn't its the same as the 3* over there"
"that is miles away this is just 'ere"
"no, that's 10 mins away at most"
"this is a five star hotel"
"yes you said that, (then I decided that maybe every fresh faced person checking in needed to hear this) IT'S THE SAME AS THE OTHER HOTELS ONLY DOUBLE THE PRICE!"
The manager came out to shut me up
"what can I do madame?"
"well we're checking out in an hour so not much I suppose"
"how about I extend your checking out time till 4pm and have a surprise for your son, whats his favourite character?"
- he made it about making Toby happy, fine ok this could all be rescued.
"Frozen"
"right I'll arrange a present and balloons - and watch his face he will love it! if you make sure your out of the room between 1-2 I'll get it sorted"

I went away thinking just how surprised the boy will look and was happy.
Dave wasn't happy because lunch had to be paid for despite the travel agents saying we had vouchers for one main meal a day. So, after the £140 was spent in their restaurant I had the camera ready, we opened the door to... NOTHING not even our beds had been made.
I stormed downstairs to speak to Patrick the manager who didn't seem to know any Disney characters for a start, he apologised and said he'd get it ready for 3-4 well we were checking out at 4 so he'd have to. So we went off and came back at 3.50, same thing camera ready, the door was on the latch we were excited..... THE BEDS WERE BEING MADE!
Boiling and ranting point had reached - "oh yes I have his present here madame" - THIS ISN'T ABOUT PRESENTS THIS IS ABOUT WISHES AND SURPRISES! I shall not bore you with my very loud rant his answer was "this is a 5* hotel" for most of it. He gave Toby his present (a small Frozen doll set that I picked out for him, I should have picked the £100 castle) and said he had a bunch of balloons, well Toby liked a good balloon who doesn't - you'd think he'd get this... 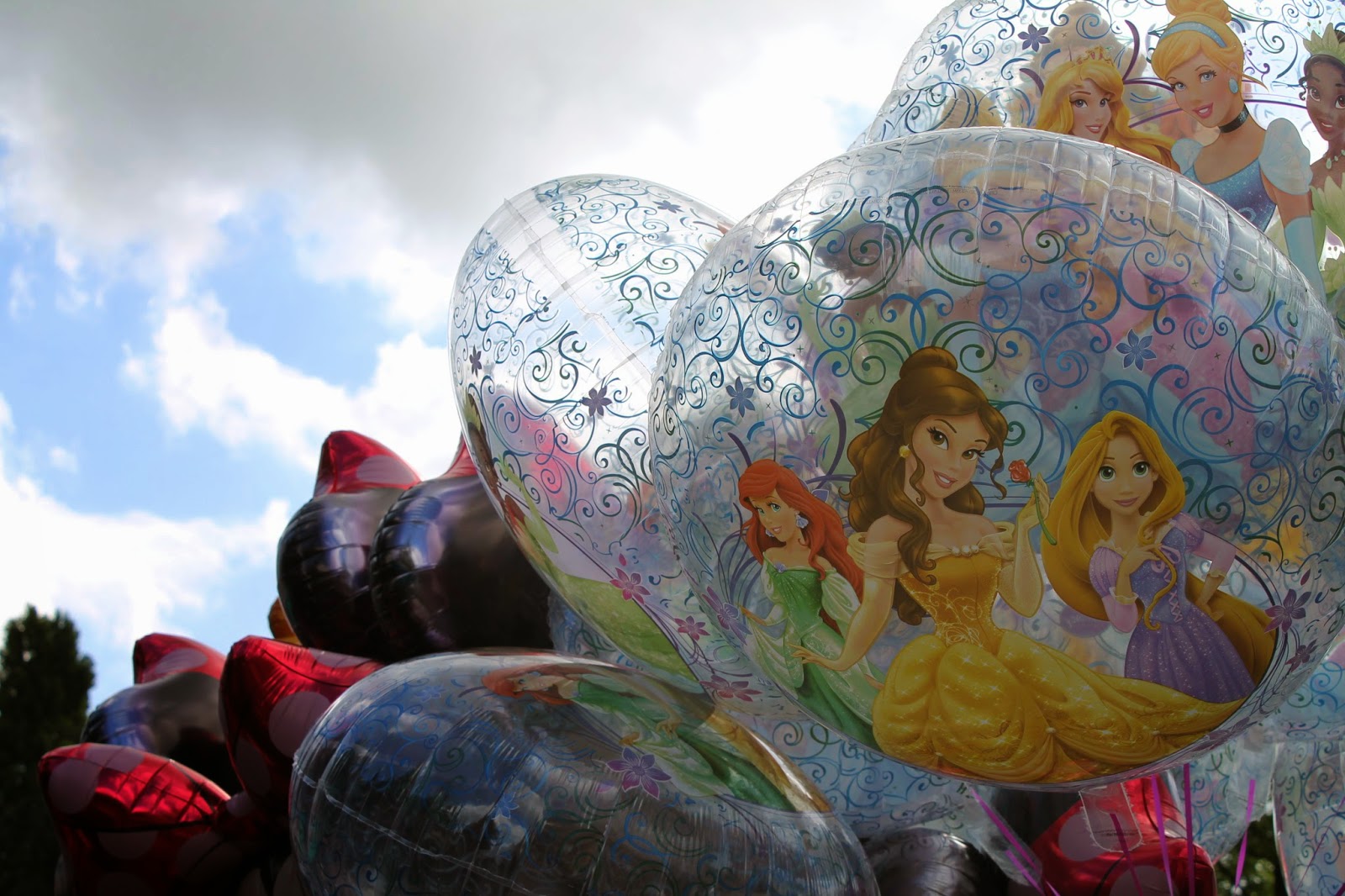 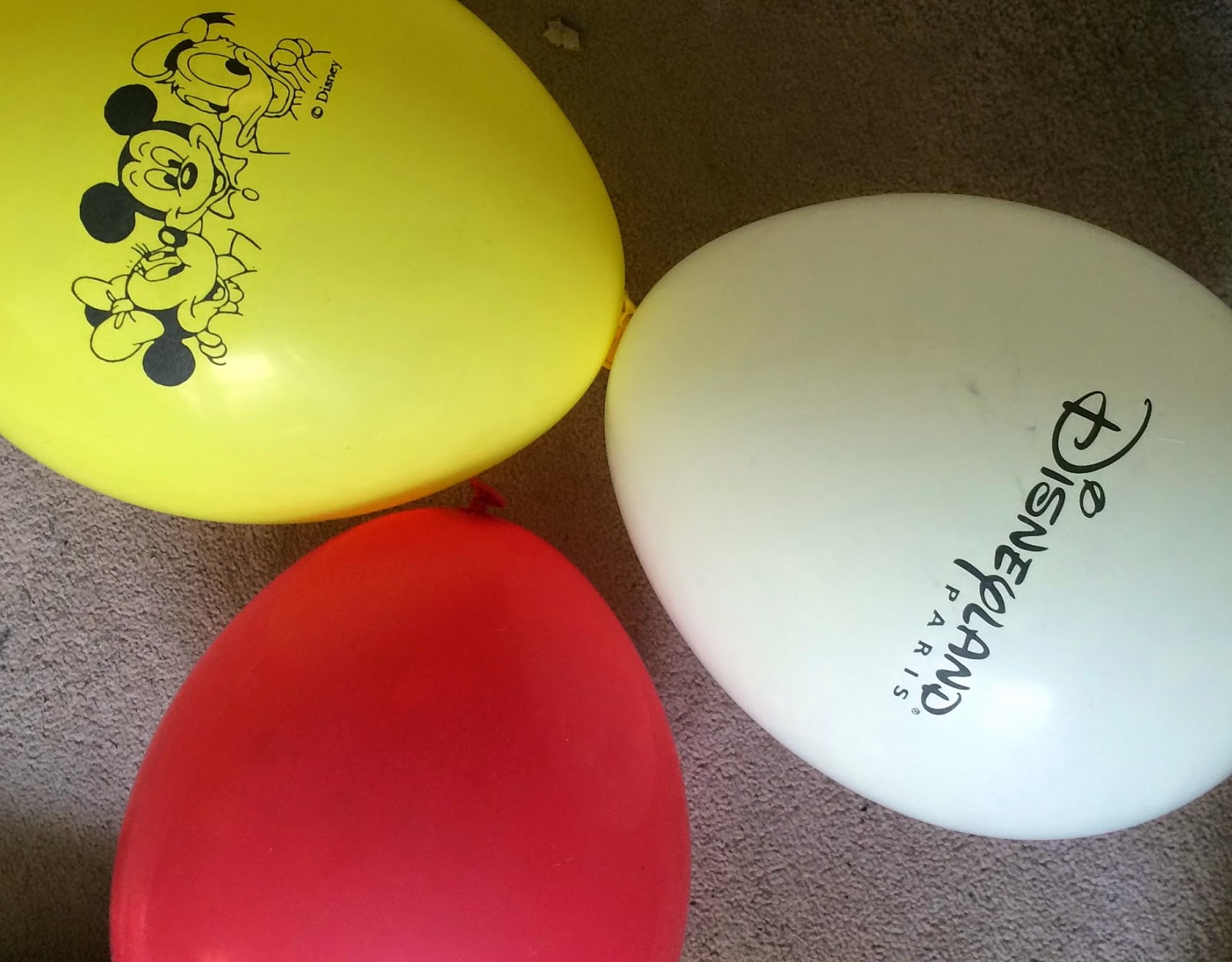 not exactly 5* balloons eh? non.
Disneyland is a fantastic magical place that every child should get the chance to go to (I got to go age 30 the first time and felt like I was 5)  but unless you've stayed in another Disney hotel you think the overpriced Disneyland Hotel Paris is amazing but YOU GET THE SAME DEAL IN THE OTHER DISNEY HOTELS!
My tip would be to stay in either the Newport Bay or Sequoia Lodge and have a meal at Inventions which is the restaurant at the Disneyland Hotel, go see the lobby, the shop those bits are fancy BUT DON'T WASTE YOUR MONEY STAYING THERE!