A Rather Toby Christmas

So, another January is here and we say bye bye to the tree and all its wonders! Father Christmas did visit and shockingly like the boy in the John Lewis ad Toby woke and wanted to give me my present first. 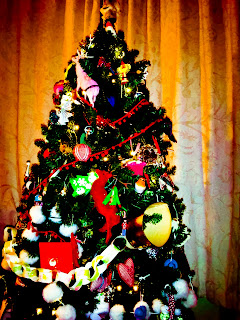 We spent the day just the three of us, marvellous - Toby in his pyjamas and no turkey in sight.
I just don't get the whole alternating parent thingy when you have a child of your own... go to his and it's his family Christmas and go to mine and it's my family's bizarre malarky - so when does it get to be 'your' family Christmas,  a mix of the pair of you? There's the rest of the period for reverting back to being a 12 year old when your with your siblings but for that one day why does it seem to be such a huge deal with couples and the 'his side - her side' shinnanagans? 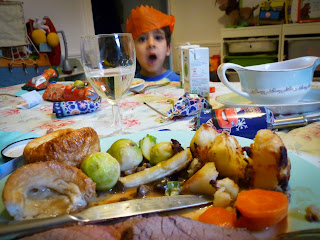 Toby shall remember his childhood Christmas as getting a glow in the dark baby Jesus from the priest after mass (oh yes), over doing the whole Father Christmas deal to the point where you get sucked in yourself, crackers to pull whenever he likes, opening presents as soon as he gets downstairs, getting up during the meal to play with nonsense, television - yes, television you family game type people!, Christmas music constantly and pyjamas! 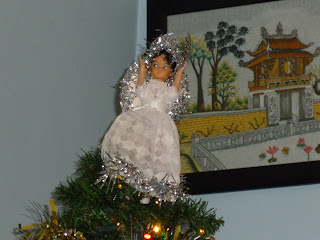 The top of my parents tree 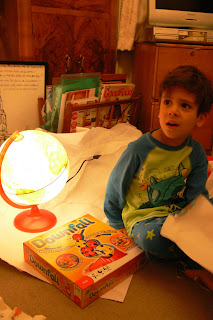 Toby was over the moon with his presents from Father Christmas - exactly what he asked for - a light up globe and Downfall. 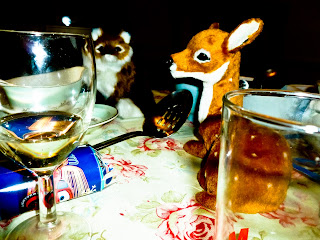 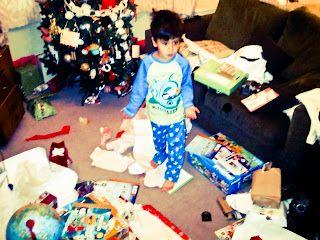 Yes Toby it's a mess.
Might have been some clip thingy on BBC2 that said the difference between common people and posh people is that posh people open their presents at 2 o'clock in the afternoon and common people first thing in the morning - well shove that common people sticker on me! My husband on the other hand can have a rosette. 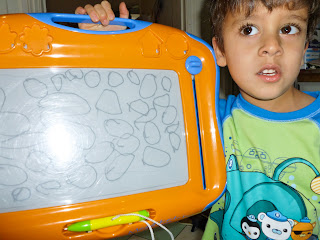 Toby couldn't understand why there was Christmas without snow so he drew some. 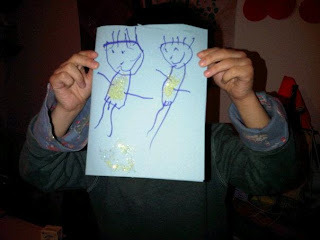 Just after Christmas was my parents 50th wedding anniversary. The boy did his best artwork so far for their card "pop has a boy bit sticking out and nana has a hole to wee out of" If that doesn't say 50 years I don't know what does.
Congratulations to mum and dad who never ever read this.
And what of 2012 and Tobyboo? Well  I have big scary trade shows ahead, stupid amounts of hospital appointments and my 40th coming up.... hmmmmm.... I sort of want to hide and wake up in 2013 when it's all over.
Email Post