Another Brick in the Wall

This week has been very exciting if you live in London and like Lego and Harry Potter. On Thursday both the new Lego Store in Leicester Square and 5 minutes round the corner Minalima opened its doors to an exhibition of the artwork featured in Fantastic Beasts and Where to Find Them (but more on that one later this week)

Leicester Square has been quite a dull crowded part of London unless that is if you like M&M's so much that you want to have all senses drowned in them at M&M's world (why? yes why?), it's not bad for collecting Pokemon and obviously tip top for the most expensive cinema tickets in the country but now there is one reason to go above all others - that of the plastic brick.

The world's largest Lego Store has opened up! I went on the first day of opening which meant thirty minutes of queuing to get in but honestly worth every second - every detail of the place is fantastic and feels more like a theme park than a shop. The only thing missing was everyone had their arms filled with boxes to pay for and no shopping baskets! Surely you'd have giant brick shaped baskets, or giant head ones? Come on Lego!! Exclusives in store was a fabulous London skyline set - 9 out of 10 - would have been a 10 if it had St Paul's Cathedral but oddly had the National Gallery. 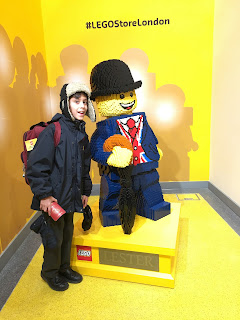 Lego Store mascot - Leicester (do you think he voted leave?) 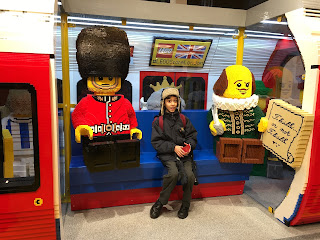 A shocked Toby - a Lego tube with Shakespeare?! Huge excitement when he saw the tube map made from bricks 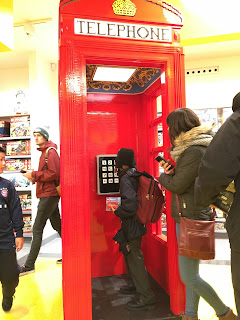 Obviously you'd have a red ringing phone box, you can't walk around London without seeing them! 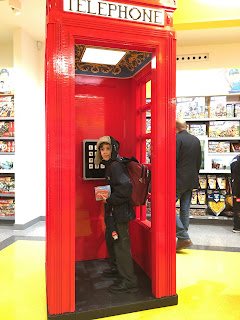 Well done Lego - there was something for everyone but more so for middle aged men who seemed to dominate the shop!

PS: Dear Lego, why is are there no Fantastic Beasts and Where to Find Them sets? Surely its not just me that wants a Lego Niffler in a jewellery shop set?!