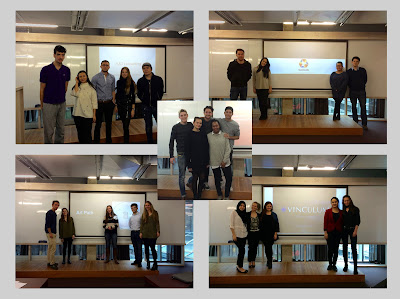 I was very lucky to be invited to HULT international business school last week, as a case study in sales Tobyboo was looked at through the eyes of the next generation of business stars.
After hearing my strengths, weaknesses, plans and hopes teams of 4 or 5 had less than an hour to come up with an Apprentice style pitch. I had no idea what to expect but my expectations were blown away, and each were so so much better than anything I've seen on The Apprentice.
These young students are major bright young thing, each team had something to use, something I hadn't thought of or something I'd been putting off.
Between the students I felt like they covered the globe from nationalities and languages spoken, their determination and confidence was inspirational.