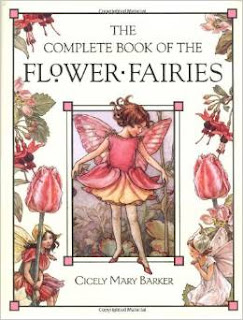 This week I have mostly been painting a mural in the park.

Later this month Croydon is hosting a celebration of the life of Cicely Mary Barker, creator of the Flower Fairies ™who was in fact a Croydonian. As a child I loved her work and so of course I wanted to be involved in any way.  My favourite park as a child is Park Hill, it runs by the side of the railway and there was always something magical, the water tower for example I'm sure Rapunzel lived there - and the walled garden - well that was the secret garden. Within the secret garden is the memorial garden to Cicely Mary Barker, featuring flowers that she created the fairies around it is a hidden gem in our concrete palace.

Anyway, helping - yes - what am I doing? yes, a mural! no sewing - just painting this time and here be the progress so far.. 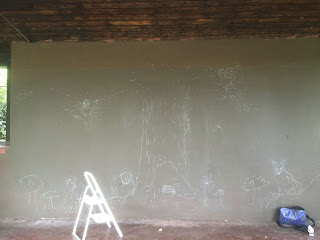 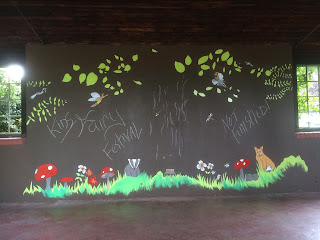 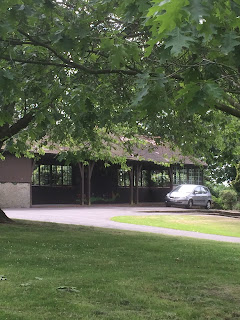 see its in there 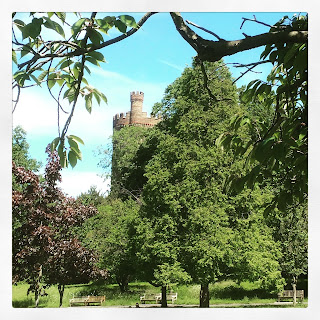 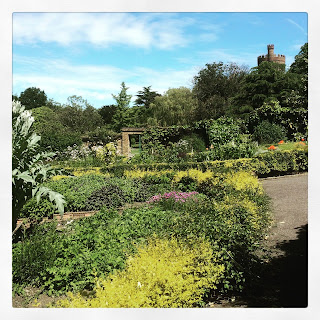 The Flower Fairies Festival is part of the Croydon Heritage Festival 20/21 and 27/28 June
Park Hill is right near East Croydon Station and a teeny reminder that Croydon is actually the greenest borough in London so nerrrr to all those that think its all grey and hard! 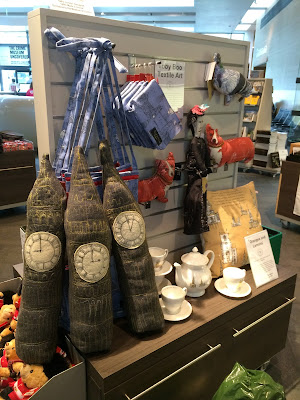