I won't like I'm in shock - Croydon's having one heck of a revamp but I never expected to see work from likes of Robert Motherwell, Peter Blake or Andy Warhol.

Gallery owner and art saviour of Croydon , Kevin Zuchowski-Morrison has plans beyond his new Rise Gallery for our concrete city he see's the hope in Croydon that most ignore. I've gone on about the talent that has come out of Croydon School of Art and Kevin has also lectured there. His vision is an art quarter, studios, public art... if anyone can make this real it's him after talking to him for ten minutes crikey that man knows what he's talking about and is passionate to make it a reality.

Croydon will always be butt of jokes if it doesn't change - I don't mean yet another shiny new shopping centre, the arts have been sold, trampled on and discarded in CR0 and it looks like the light has come! Places to live need art and a cultural side - ignore it and well you get ... well Croydon add a respect for creativity and appreciation for art, galleries, general public art, places for artists to thrive and as if by magic you'd have one hell of an area.

Am looking forward to meeting with Kevin again. If you are near here go see what I mean Rise is in the most unlikely part of Croydon too (7- 9 St Georges Walk) which makes the project even more fascinating. Hoorah St Kevin and thank you. 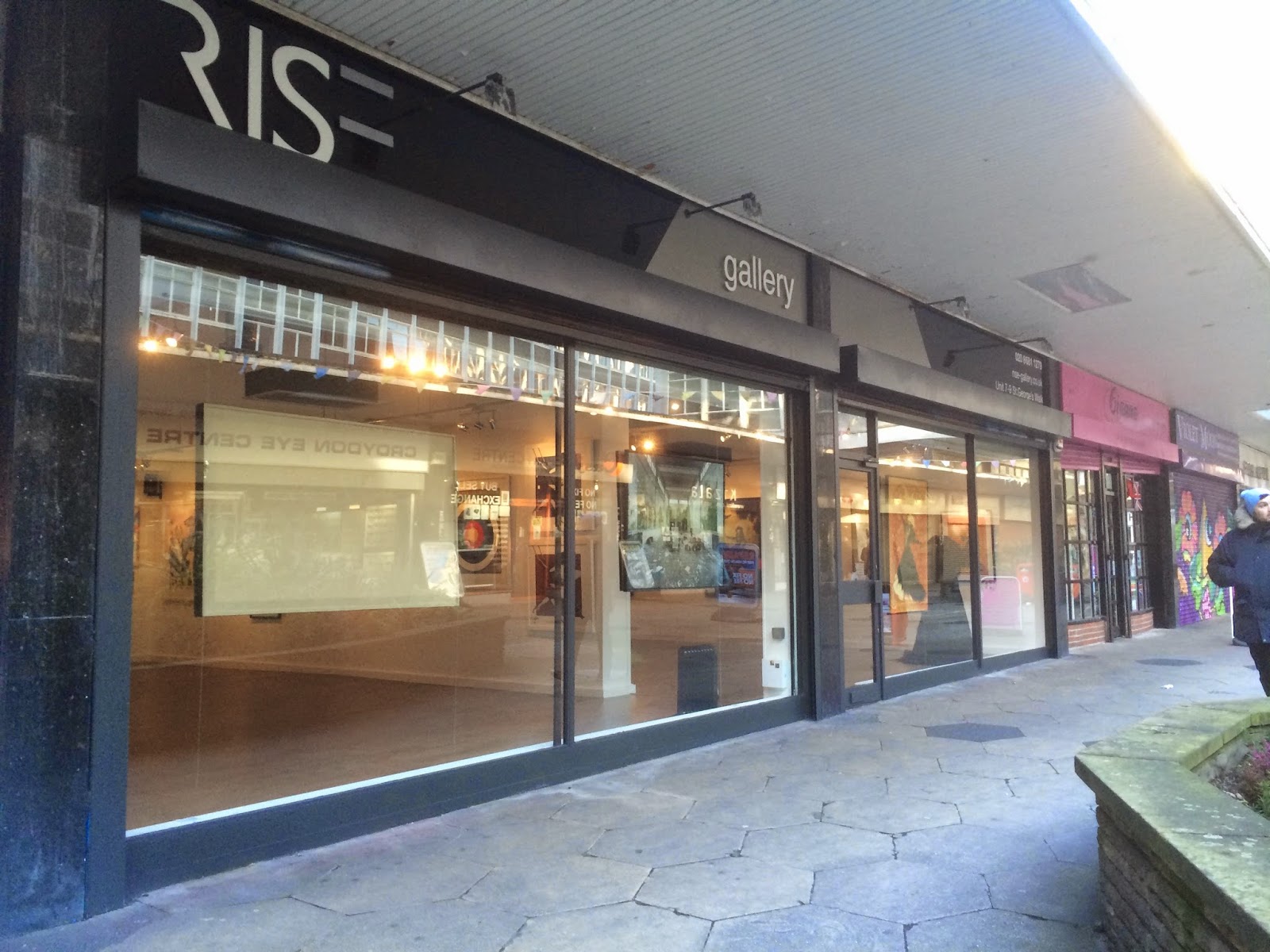